Today I’ll teach you how to make, not one but 2 different recipes for Vegan Mochi Donut! Mochi Donuts, also known as “Pon de Ring Donuts” are fluffy, chewy,  delicious and most importantly vegan.

Donuts are widely considered to be the most famous and beloved dessert in the world, and I am confident that you enjoy them as well. Have you ever been curious about the origins of this delectable sweet treat? I’m willing to bet you’ve never given it a second thought. Allow me to assure you that donuts can be found in various interesting varieties on every continent. Every country has developed its version of the donut.

For the sake of clarity, let’s define “Doughnut” and “Donut.” If you want to make it more interesting, you can make it with various fillings, a fried dough shape, or an unshaped piece that is later dipped into sugar syrup for flavor. Although Mochi Donuts and regular donuts have some similarities, the biggest difference is in the ingredients. The Dutch were responsible for bringing it to New York in the first place. Since then, the United States has developed numerous varieties of donuts consumed daily throughout the country.

Every country, it seems, has its own variation on the donut concept. It was traditional for them to deep fry the strips of dough before dipping them in sugar syrup, just as they did in ancient Rome and Greece. Even the Germans have their own distinct selection of donuts. FOR THE VEGAN DONUTS:

For the matcha glaze, combine the following ingredients:

2 teaspoons of matcha of the highest quality.

For the Chocolate glaze: combine the following ingredients:

NOTE: Preparation instructions for the donuts will be the same as those provided previously. However, do not forget to incorporate the additional ingredients from the list into this recipe.

1.Melt the chocolate in the oven or over a saucepan of simmering water.

2.Blend in a blender until the strawberries are smooth, about 30 seconds.

3.Take a bowl and tap the beads into the glaze.

NOTE: You can use any flavor in the glazing.

It is only necessary to use a small amount to save time and baking time. If you require a larger quantity, you can select the appropriate quantity based on your requirements.

If you want a crispy texture, you can get it by using mochiko rice flour, available in many stores.

You can check with a thermometer if necessary. If you don’t have one, you can use a wooden skewer instead. It should be used so that the end of the skewer is submerged in the oil. When you notice bubbles around the end of the piece, you will know that the temperature is appropriate.

The temperature in the oven should be around 350 degrees if you choose to bake them traditionally.

I would recommend eating the donuts on the same day they are made, but if you need to store them, make sure to use an airtight container. 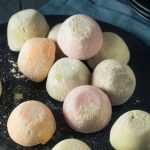 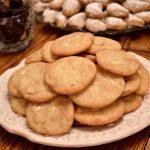 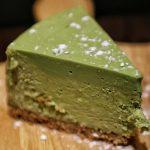 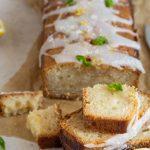