You don’t have to give up Menudo if you go vegan. This vegan Menudo recipe is far superior to the disgusting tripe version, friends. This spicy, soothing, and tasty soup is sure to please.

What Is Mexican Menudo?

Menudo has long been regarded as a hangover remedy. It is traditionally prepared using cow’s tripe, and there are variants of it in Spain and the Philippines. It’s referred to as Menudo or Pancita in Mexico, but Callos, Guatitas, or mondongo in other nations.

Nobody truly knows where it came from, although it’s supposed to be a variation of the Spanish mondongo dish. Although some claim that the indigenous Purépechas originated this cuisine after the Spaniards refused to give them chunks of beef and instead offered them offal in central Mexico. It has now become a favorite meal for Sunday breakfasts and other events such as Christmas.

But don’t fret; I’m going to teach you how to prepare a delicious vegan Menudo that you’ll adore – yep, even those who prefer the traditional version will enjoy this vegan variation!

Menudo is usually prepared with a foundation of red chile sauce.

The chiles are cooked in a pot with onion and garlic until tender. They’re then combined with a little of the hot liquid to form a smooth chile sauce.

Tripe is the meat utilized in traditional Menudo, as previously stated. It’s cleaned, then cooked with other ingredients before being sliced up and blended with the chile sauce, herbs and spices, and broth to create Menudo.

We will not be using tripe here. The meat alternative in my dish is oyster mushrooms. They’re fantastic at giving not just terrific taste but also a nice consistency.

Dried white fungus mushrooms are another mushroom that looks similar to tripe. You can use them if you have them available.

On the side, I usually preferred some fresh warm corn tortillas. I may also sprinkle some hot sauce into the Menudo based on my cravings at the time.

How to serve Vegan Menudo

Serve with fresh cilantro, white onion, a dusting of dry Mexican oregano, plenty of limes, and warm corn tortillas in each bowl. Serve with a side of chopped raw chilies or your favorite spicy salsa if desired.

How to eat Vegan Menudo

A tortilla is rolled up and dipped into the soup in the traditional style of eating. The flavor is incredible!

This Vegan Menudo recipe yields two big or four small portions, but you may simply double or quadruple the quantities as needed!

Others prefer to throw in some hominy or cooked garbanzo beans. Feel free to experiment with different additives and see what you like. 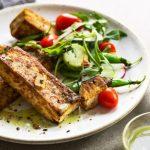 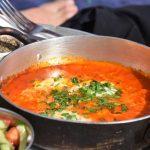 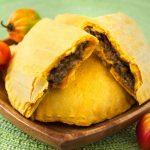 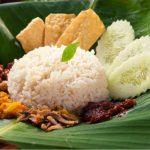