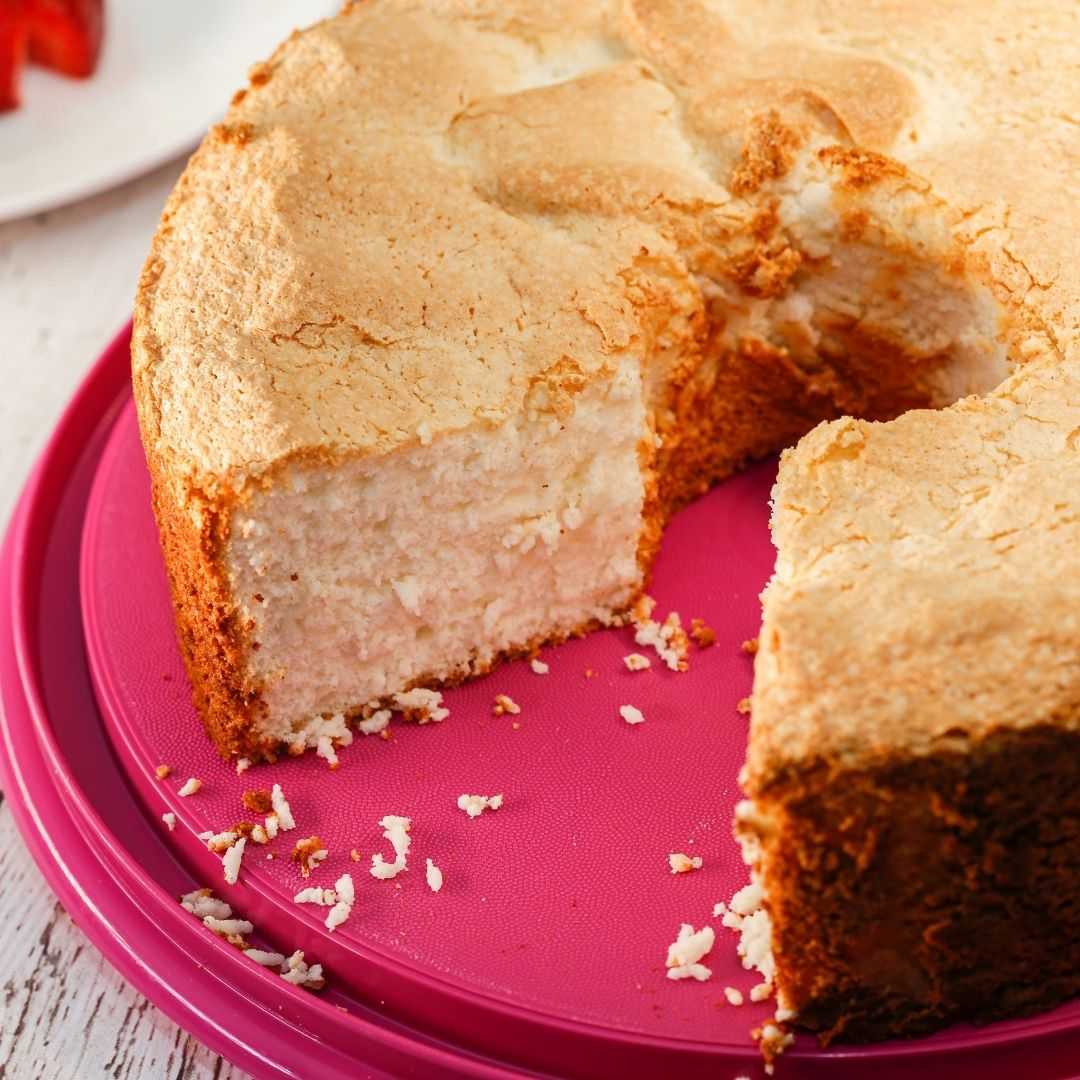 Angel food cake has always been a favorite dessert back when I was a kid and for nearly twenty years, I’ve been trying to replicate it in its vegan version. This my ultimate obsession and I’m proud to title myself “The Veganizing Queen” if I can find ways to make something vegan.

An angel food cake is challenging enough to prepare, however, a vegetarian one is an even larger challenge. To ensure that this version turns great for you, I suggest that you read the whole article. It’s best to spare 10 minutes extra than to waste every penny and second make something that fails.

Is This Vegan Angel Food Cake Worth Your Time and Energy?

If you are on the hunt for a plant-based alternative to this divine sweet cake, this recipe is totally worth it. Similar to its original counterpart it has:

You also need only 20 minutes to prepare it, despite the several steps involved in making it.

This recipe requires only six ingredients and therefore it’s best to measure these with caution and do not use any replacements if possible. Follow the recipe to a T! 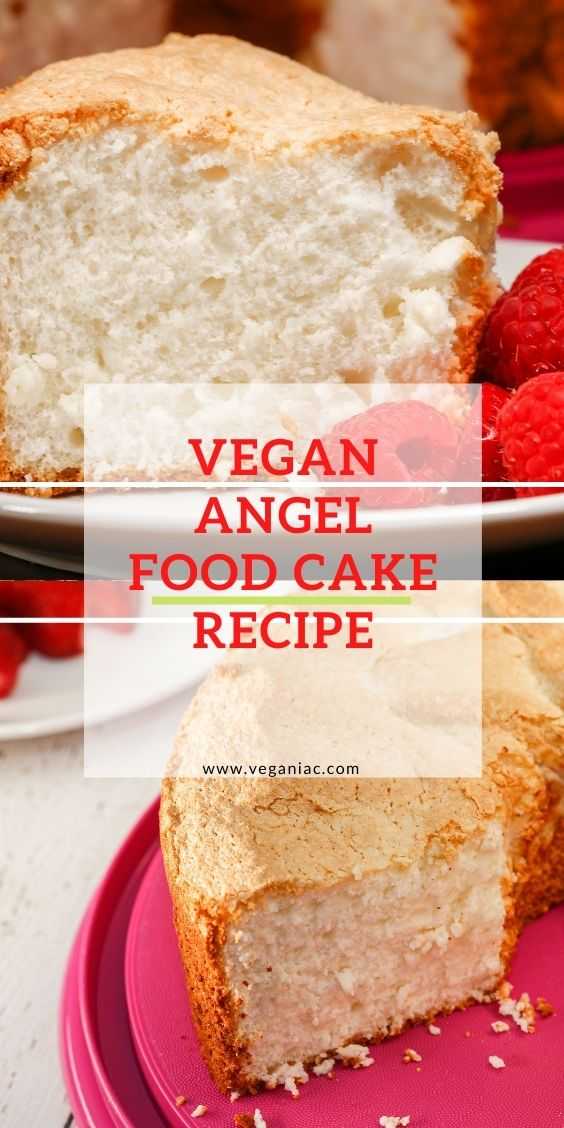 -¾ cup aquafaba (the liquid leftover from a can of chickpeas)

Can you just use store bought powdered sugar instead of trying to grind the granulated sugar? I tried to grind my sugar in the blender, but it never turned to powder.
Thanks.

You can also buy it at the store instead of making it yourself, if you want to stick closer to the original recipe, and most likely have more success. It should be under the label ‘superfine sugar’, ‘castor sugar’, ‘bar sugar’, or ‘ultra fine sugar.’
Hope this helps 😊

Thank you. So it should still be a “fine grind” of sugar as opposed to powdered? Maybe what I’m doing would be good enough then. The sugar did grind down some, but didn’t get the consistency of powdered, which is what I thought it needed to be.

Sorry, that should say powdered sugar not jerk… I also have a question, most angel food cakes you invert as they are cooling so they don’t deflate, are you not doing that with this recipe?

Do you think this would work with a sugar alternative, like stevia? I’ll use regular sugar if it’s essential to how it ends up baking overall for sure, but thought I’d check! This looks and sounds divine 😍

Does this need to be cooled upside down like traditional angel food?