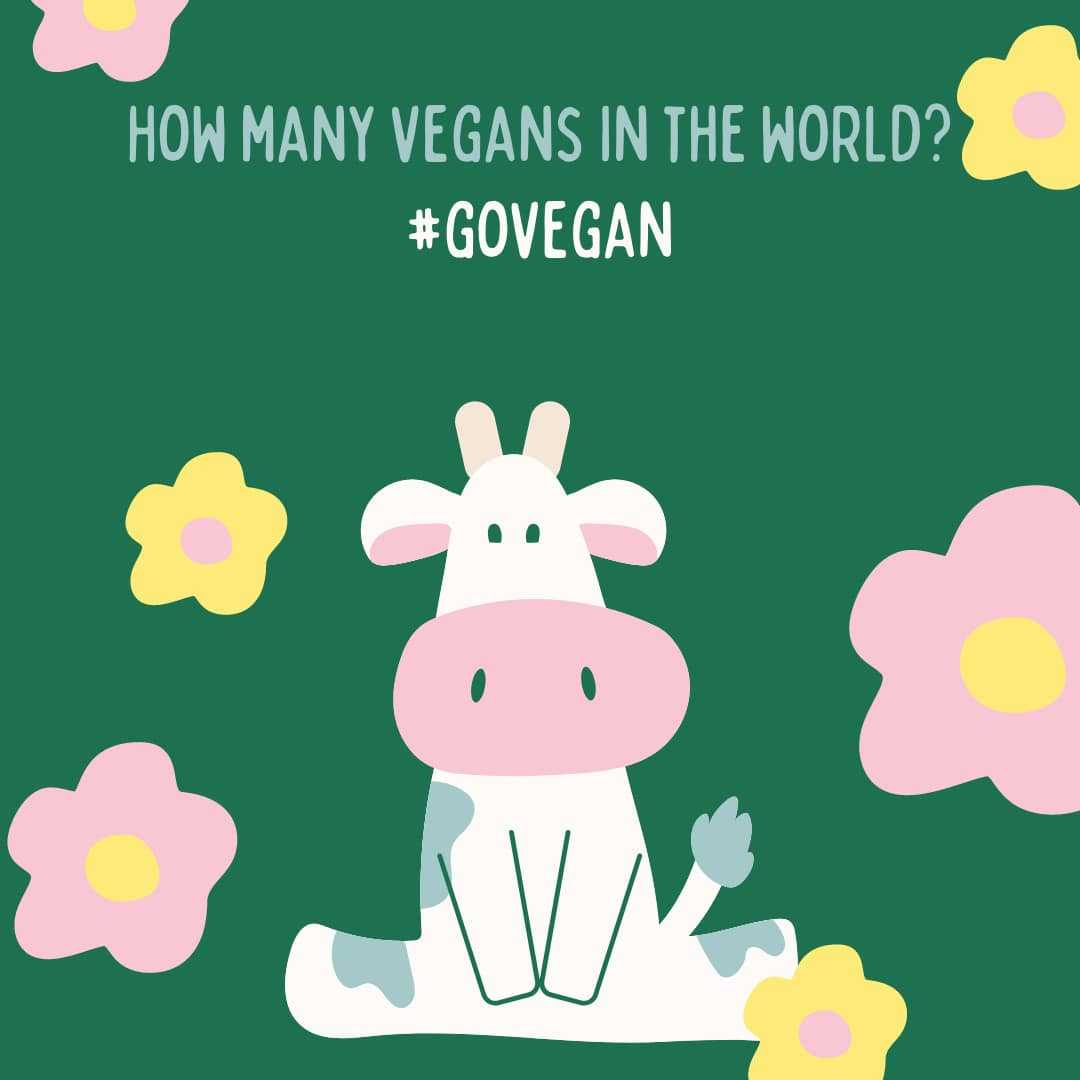 Do you know the ratio of vegans in the worldwide community? It is not an easy task to calculate the vegans and find out the right stats. However, early in history, people preferred meat over vegan diets, but many tend to vegetarian diets as time passes. There are many reasons that people move towards a vegan diet, mostly to save the planet and improve health.

Here we share some actual statistical facts regarding vegans worldwide and in the United States. Let’s first see what vegan or veganism is?

Veganism refers to the abstaining of animal products from diet and all other life aspects like clothing. Vegans strictly reject the animal community status. The person who follows veganism theory is referred to as the vegan. However, there are particular distinctions between vegans as well. Some vegans only restrict animal eating products and use their skin for clothing.

Let’s see how many vegans exist in the world? And in the USA? Let’s explore the accurate figures.

Everyone in the world has a different approach regarding vegans, as many people intermix the terms vegan, plant-based, and vegetarians. So it is a challenging task for the researchers to calculate the number of vegans in the world. Keep in mind that there is a massive difference between vegan and plant-based diets for vegetarians.

Vegans in the US

The US has a small amount of vegan population initially, but this ratio increases drastically in the last few decades. According to the survey of 2016, there were only 0.5% vegans. Now the recent research shows that  amount of vegans has reached to about  6%.

Keep in mind that there is a 327 million population in the USA, so there are about 19,632,000 vegans in the US. Here comes the fact that this measurement can be flawed as every person has a different approach toward a vegan lifestyle.

According to the research of 2021, there is an increase in vegan peoples, leading to 8% of the US population. This percentage of vegan people has increased in the past decade, representing vegans only instead of vegetarians. It means that many people directly move towards the vegan lifestyle instead of the vegetarian diet.

So these worldwide and US vegan figures show a growing trend of the vegan lifestyle as the population grows. People start shifting from meat products or animal foods to vegetables for living a healthy and better life.

Tips for those who want to become vegan 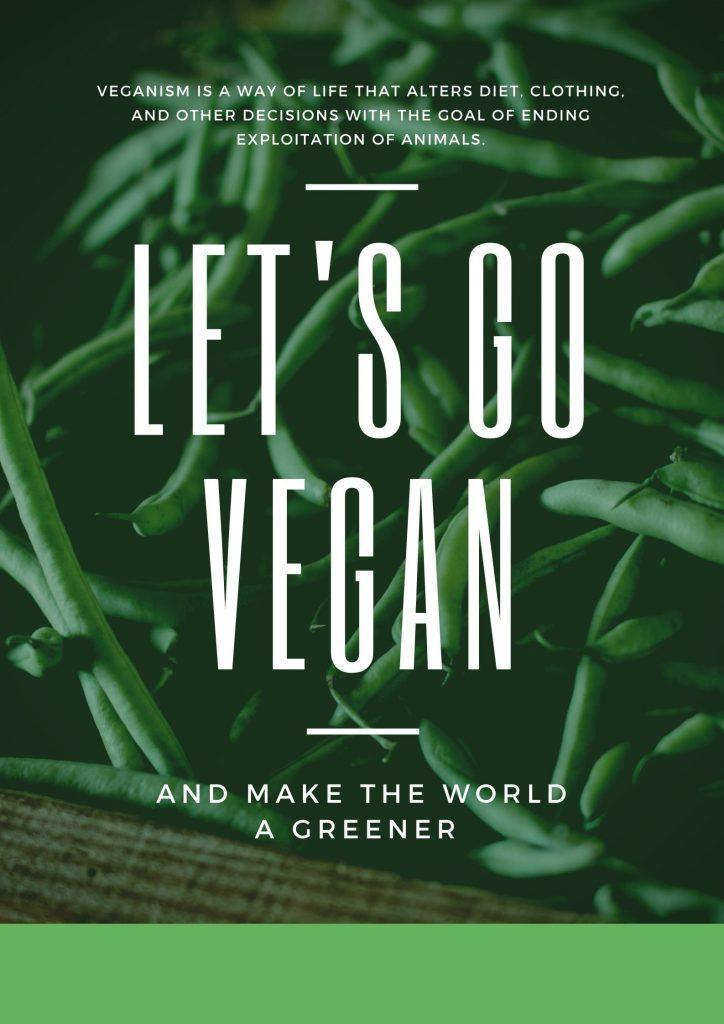 The pandemic made people rethink habits and seek a healthier life. According to a UK-based Mintel report, 25% of Generation Y youth said the vegan diet became more attractive during the pandemic. However, replacing an omnivorous diet with a vegan one can be quite a change. Because of this, it is recommended that the transition be done carefully and, preferably, under the supervision of a professional. First of all, dietary re-education is needed to adapt the body to change.

To help people interested in changing their lifestyle, we will answer some of the most common questions presented by beginners in vegan eating. Check it out below:

1 – Does attending or ordering delivery at vegan restaurants help in the process?

Yes, because it encourages familiarization with other textures and tastes. In addition to getting in touch with a different range of dishes, ordering delivery from a vegan restaurant can encourage you to learn how to cook new tasty and practical combinations.

2 – When starting, do I eliminate the animal protein at once or little by little?

According to the professional, the decision varies according to each person’s lifestyle. Those who are in good health and have healthy eating habits can get rid of the meat at once. Those who have an outdated diet, who lack some nutrients, are recommended to replace animal protein gradually.

3 – Is it necessary to take a vitamin supplement?

Some vitamins are only present in meat, offal, and eggs, such as those in the B complex. Therefore, it is necessary to replace these vitamins in some way, either with substitutions or through the consumption of supplements. Another point that can be decisive for the adoption of a supplement is the stage of life in which the vegan depends on the age group. Metabolism needs different vitamins to maintain its proper functioning. A pregnant vegan woman and an elderly vegan have different nutritional needs. Because of these specifications, it is recommended to schedule an appointment with a nutritionist.

It is important because the follow-up of a professional will guarantee the person the elaboration of a personalized food plan and with an indication of all the necessary nutrients for the body. Without proper monitoring and adaptation, beginners on the vegan diet run the risk of developing diseases due to lack or excess of nutrients. Vitamin B9 deficiency, for example, can lead to depression and psychiatric illnesses.

A vegan diet cannot exclude vegetable protein, which can be found in legumes and vegetables. In addition, the nutritionists emphasize the importance of including soy in the diet, which has all the nutrients present in animal protein. The professionals indicate the consumption of organic soy, which does not involve pesticides.

To learn more about the vegan diet, consult a nutritionist. 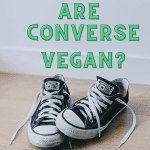 Are Converse Vegan? Definitive Answer in 2023!