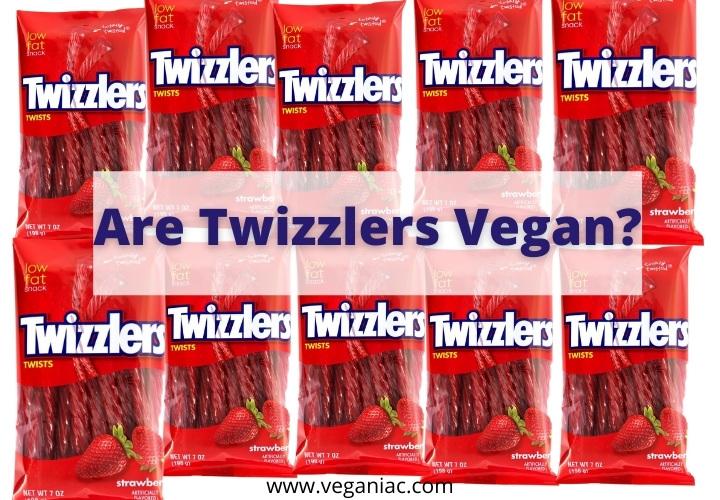 Are Twizzlers vegan? The short answer is yes, Twizzlers are indeed vegan, despite their gelatin containing appearance. Twizzlers are made from all kinds of deliciousness, including licorice and corn syrup and do not contain any animal-sourced ingredients.

But, note that Twizzlers include what a few vegetarians consider problematic ingredients, such as refined sugar, palm oil, and artificial colors.

In the following parts, I’ll clarify why I feel Twizzlers are vegetarian, but others might disagree because of the above controversial ingredients. Moreover, if you’re comfortable with it, I’ll recommend vegan confectionery options that could be healthier in terms of the ingredients included.

Twizzlers were created in 1929 by Young and Smylie, one of the USA’s oldest confectionery companies, which was later bought by The Hershey Company and amalgamated into one. Ever since the late 1990s, Twizzlers have been made in Memphis at a Y&S factory that also produces bubble gum and a variety of sweets.

Are Twizzlers good for health?

Twizzlers are a heavily processed confectionery with a lot of sugar. Because they contain extremely little fat, they were popular during the fat-free fad of the 1980s and 1990s. Since the fat-free frenzy, more emphasis has been placed on the negative impact that additional sugar could have on your body.

Black licorice has been shown to be dangerous to take in big amounts since it can cause high blood pressure, abnormal heart rhythms, and muscular weakness. It was discovered to be harmful, especially for people above the age of 40 with a series of major cardiovascular diseases.

A diet heavy in added sugars raises the risk of various chronic illnesses, including heart problems, diabetes, as well as a variety of other problems.

To summarize, Twizzlers are not a healthy snack that you should consume in large quantities or on a routine basis.

Ingredients in Twizzlers that could be non-Vegan

According to many vegans, some ingredients in Twizzlers could be questionable. Thus, here are some of it, along with why they could be non-vegan.

• Food colors: Most Twizzlers are crimson in color. While natural ingredients colorings are often vegan, the chemical coloring used in Twizzlers may be a concern for some extreme vegans due to animal testing. A form of food dye derived from beetles, Carmine is among the most prominent non-vegan food colorings, and natural red 4 is the name of this coloring. The red colors used in Twizzlers, on the other hand, are vegan and mostly derived from Red 40.

• Glycerin: The most likely non-vegan element in Twizzlers is glycerin. It adds tenderness and suppleness to processed goods like Twizzlers. Glycerin may be manufactured from animal fats; hence it is not vegan. However, the vast majority of glycerin for use in food products nowadays is derived from plants. According to Hershey’s, Twizzlers are vegan since they employ vegetable-derived glycerin.

• Sugar: Twizzlers contain a lot of sugar. Even four of these twists have 19 grams of sugar, which is similar to eating two mouthfuls of the stuff. These are not recommended for people with diabetes or anyone controlling their weight, but the excessive sugar level also creates an issue for vegans. While some of the sugar is derived from corn syrup, the remainder is derived from cane sugar. The issue here is that a concerningly large percentage of white sugar is bleached in the refining process using animal bone char. Because it’s difficult to know if a certain sugar helps or does not, often more ardent vegans avoid it.

• Palm Oil: This is one of those puzzling ingredients that force you to reconsider your vegetarianism. While it does not directly include animal blood, it is a plant-based substance with blood in its manufacturing process.
Palm oil is strongly connected to widespread rainforest destruction and has a significant impact on the environment. It has too few restrictions and control in most nations from which it is obtained, and it disrupts and damages wildlife and tiny rural human settlements.

What are some pure vegan alternatives to Twizzlers?

Alternative licorice products typically have a far shorter ingredient list than Twizzlers, and most are vegan. Homemade recipes sometimes depend on gelatin or milk powder for texture, but the majority of commercially available products are vegan (check the packaging before purchasing).

Here are some vegan choices to consider:

Twizzlers seem to be vegan because they do not include any animal ingredients. Nonetheless, there are certain ethical concerns about the components in Twizzlers. Not just that, but a few of the ingredients are downright harmful to your health.

It can be difficult to decide whether or not to eat Twizzlers. Because they wouldn’t specifically include animal-derived goods, it all comes down to your personal preference for what you deem vegan as well as what you choose not to.

There is no correct or incorrect approach to being a vegan. All one can do is study more and attempt to keep up to date on the ingredients and processes used to prepare our meals. You’re on the right road as long as you’re doing your bit to live a cruelty-free existence. 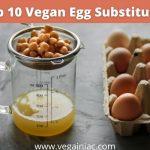 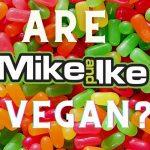 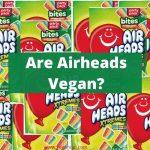 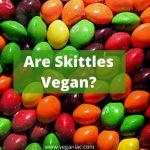 Are Skittles Vegan? Updated Info in 2023! 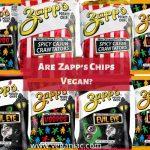 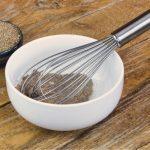