Is Maruchan Ramen Vegan? It goes without saying that people from all over the world have different diet restrictions. Some of these are well known, and some are not so well known. One of the more common diet restrictions is whether or not a food product is vegan.

Veganism has become quite popular in the last few years. In fact, some surveys show that about 3.8 percent of the U.S. population is vegan. That’s why when buying Maruchan Ramen, many people think it is vegan or not.

But what exactly is in Maruchan Ramen? Is it vegan? It can be confusing because there are so many different flavors, each of which has a different ingredient list.

Ramen is a Japanese dish that’s become popular in the United States and around the world. You can buy it in a variety of forms — such as cup ramen, instant Ramen, noodles, and more. The problem is that many people, especially vegans and those with food allergies, are often disappointed to find out that the contents of their favorite brand of Ramen isn’t as vegan-friendly as they’d like. In fact, many brands of Ramen contain chicken broth and other non-vegan ingredients. Luckily, there are plenty of vegan options on the market today.

What is it made with?

The typical ingredients in any instant ramen noodle are

Ramen noodles come in little styrofoam cups with either powdered or liquid flavoring. Most flavoring packets contain some combination of the following ingredients:

Maruchan Ramen is one of the most popular instant ramen brands in the world. It’s especially popular in the United States and Japan. In fact, it’s so popular that it’s one of the easiest brands to find in supermarkets or convenience stores. But it is a common misconception that all ramen noodles are made with pork or beef broth. This is often not the case. With over 2,500 different flavors of instant Ramen, some of them are bound to be vegan.

Here’s some Top Ramen flavors, whether they’re vegan or not:

Here’s a fun fact: Maruchan Ramen noodles are vegan without adding the stock/seasoning. The non-vegan/animal ingredients are found in the flavoring added to the soup broth and not in the noodle itself.

Does Ramen Have Real Chicken?

The chicken-flavored Ramen in Maruchan Ramen is said to taste like real chicken but does not contain actual big chunks of intact chicken. However, they do contain Powdered Cooked Chicken and Chicken Broth, as well as Chicken Fat.

Not every flavor of Ramen contains dairy in it. But in most cases, the dairy ingredient is sodium caseinate (a derivative of cow’s milk). Almost all varieties contain lactose as well, but there are a few flavors that don’t.

If you look at almost any package of Maruchan Ramen, it says that it does not contain egg in noodles or seasoning.

Does Maruchan Ramen have Meat?

Again not every flovor of Ramen contains meat or meat-derived ingredients. The meat flavors include Chicken Broth, Powdered Cooked Chicken, Dehydrated Pork Broth, Chicken Fat, Beef Extract, Beef Fat, Natural Lobster, and shrimp. So if you are vegan or vegetarian, these flavors are not for you.

But be careful! Don’t buy Maruchan Original flavor – it’s vegetarian but not vegan. If you want to be sure that your Top Ramen brand ramen is vegan, check the packaging for information about their ingredients.

Get the best viral stories straight into your inbox!

What do you think? 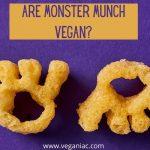 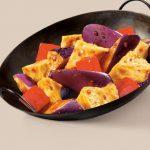 Don’t miss out on new posts

Back to Top
Close Submit Recipe
We use cookies on our website to give you the most relevant experience by remembering your preferences and repeat visits. By clicking “Accept”, you consent to the use of ALL the cookies.
Do not sell my personal information.
Cookie SettingsAccept
Manage consent

This website uses cookies to improve your experience while you navigate through the website. Out of these, the cookies that are categorized as necessary are stored on your browser as they are essential for the working of basic functionalities of the website. We also use third-party cookies that help us analyze and understand how you use this website. These cookies will be stored in your browser only with your consent. You also have the option to opt-out of these cookies. But opting out of some of these cookies may affect your browsing experience.
Necessary Always Enabled
Necessary cookies are absolutely essential for the website to function properly. These cookies ensure basic functionalities and security features of the website, anonymously.
Functional
Functional cookies help to perform certain functionalities like sharing the content of the website on social media platforms, collect feedbacks, and other third-party features.
Performance
Performance cookies are used to understand and analyze the key performance indexes of the website which helps in delivering a better user experience for the visitors.
Analytics
Analytical cookies are used to understand how visitors interact with the website. These cookies help provide information on metrics the number of visitors, bounce rate, traffic source, etc.
Advertisement
Advertisement cookies are used to provide visitors with relevant ads and marketing campaigns. These cookies track visitors across websites and collect information to provide customized ads.
Others
Other uncategorized cookies are those that are being analyzed and have not been classified into a category as yet.
SAVE & ACCEPT