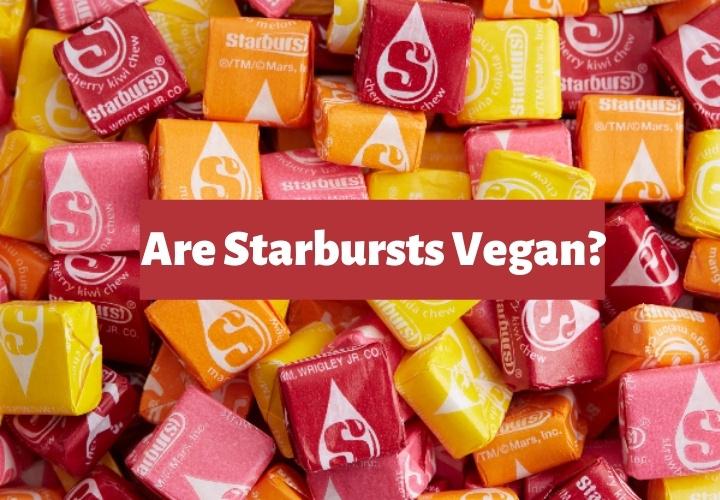 Are Starbursts Vegan? Starburst is a square-shaped, fruit-flavored, chewy candy that you probably remember from your youth. Starbursts, which are owned by Mars, Incorporated, have been a candy lover’s favorite for decades.

Fruity candy is usually a safe pick if you’re vegan or can’t eat dairy, but many check-out aisle treats contain lengthy ingredient labels. Even dairy- and egg-free sweets contain animal components, and most chocolate sold in this department contains milk or milk products. Many vegan-friendly items contain animal-derived hues, preservatives, and textural agents, rendering them non-vegan-friendly at first appearance. This raises the question of whether Starburst is vegan.

So, Are Starbursts Vegan?

First let’s look at the Ingredients of Starburst Chews:

Unforeseen animal products are typical elements in candy and packaged meals, so checking labels and the ingredient list is required to identify vegan-friendly sweet treats.

This juice bursting US starburst candy has the following ingredients,

Gelatin! Do you know what gelatin is? It’s the non-vegan who’s to blame. Let’s have a look at how.

Gelatin is a thickening agent and the substrate for some sweets, such as gummy candies like a starburst. Are you wondering where gelatin came from? It is originated from animals. It’s manufactured from animals’ skin, bones, tendons, and ligaments that have been ground up. Normally, this refers to pigs, but the majority of starburst gelatin comes from the beef parts.

Hence, Starburst cannot be strictly called a vegan because gelatin is sourced from animals. They may not even be considered vegetarian by some.

Now, the next question is, can vegans eat palm oil? Before answering this, let’s have a look at the definition of true veganism.

According to the Vegan Society, veganism is “a way of life that attempts to avoid, as far as is practically feasible, all forms of mistreatment of, and violence against, animals for food, clothing, or any other reason.”

Palm oil is a vegetable, and its unprocessed form is technically vegan. Palm fruit, which grows on African oil palm trees, is used to make it. Although palm oil is vegan in theory, many vegans opt to avoid it because they believe that its production exploits animals and causes them pain and suffering, which vegans abhor.

Sugar is one of the first few ingredients in practically all confectionery creations. Because refined cane sugar is treated with bone char to create a pure white hue, it is a contentious product among vegans. The sugar itself does not include any bone char particles. However, the processing processes utilized prevent it from being vegan. In this analysis, the type of sugar is considered to be vegan because the type of sugar is rarely indicated. If you want to avoid non-vegan sugars, you should avoid all of the products on the Starburst list.

Finding a component labeled as “natural flavorings” could be one of the most perplexing, deceptive, and pricey difficulties we have today with labeling methods. To make natural flavors perform better in food, they often contain extra substances such as preservatives and stabilizers. As a Vegan, this is particularly aggravating because corporations are not obligated to disclose the source of flavorings, whether animal or plant-based. Unfortunately, the broad word “natural flavor” leaves you with a lot of unanswered questions.

All of these “artificial” hues are created in commercial laboratories from isolated compounds or are sourced from petrochemical waste. Given this, you’d think they’d all be vegans. The fact that these colors are all frequently tested on animals ranging from mice and rats to dogs is a major ethical issue.

So, US Starburst is not vegan. Even none of the flavors of the US starburst is vegan because all of them contain gelatin as their key thickening agent.

The UK starburst does not contain gelatin, so it can be considered vegan-friendly if you don’t have any issue with the presence of sugar and palm fat.

Flavors from the United Kingdom

In the United Kingdom, Starburst chews are available in two flavors. The following is a vegan-friendly analysis of each.

Is Starburst a vegetarian option?

No worries if you’re disappointed that the non-vegan nature of Starburst has come to light with respect to the presence of some conflicting ingredients. I’ve got some fantastic alternatives that will better satisfy your starburst cravings.

While many people believe vegans are restricted in what they may eat, the vegan diet allows for lots of pleasure! Vegan candy ranges from dark chocolate to sours and gummies that are vegan-friendly. Furthermore, many candies that aren’t even labeled as “vegan” contain no pork, gelatin, or other animal components!

Although for vegans, starburst candies are not a perfect fit, there are a lot of others that you can continue to enjoy. We’ve rounded up some of the greatest vegan confectionery on the market so you can indulge in it without guilt.

It should be noted, however, that corporations do occasionally change the components in their products. That being said, even if candy is on the “vegan approved” list above, always check the ingredients on the wrapper before eating to be sure it is still compliant. 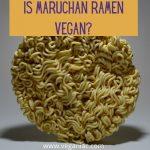 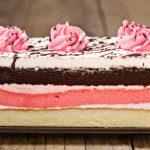 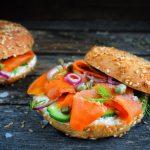